This clutch did NOT turn out as expected. We paired our Pied Male to our Lavender Albino female with the goal of starting our double recessive project to produce a “Dreamsicle”. We did not reach that goal.

The dam, Aria, laid a clutch of 7 eggs.  One egg did not show veins when candled. It quickly went bad and was removed. A few weeks later two more of the eggs went bad. This was disappointing. We were left with only four viable eggs. One started to deflate earlier than it should have, and another appeared to be losing vasculature. These things were concerning, so our hopes for success were low.

The first snake pipped one day after they were due to hatch. We entered the Reptile room one day and were absolutely shocked to see that a little ORANGE head was sticking out!

The first assumption was that our male pied was carrying a surprise copy of the Lavender Albino gene. In our excitement we cut the four remaining eggs to see what was going on. We quickly realized that we did not have a surprise gene, but instead, a surprise reproductive marvel. Parthenogenesis.

Parthenogensis is when a female reproduces without use of the male’s DNA. The offspring are created by fusion of the ovum with the polar body (basically the other half of the DNA left over from meiosis). The progeny will not be exact clones of the mother, but will all be female and only carry her DNA.  (Here is a link to a great article on parthenogenesis in snakes.)

Parthenogenic clutches will often have underdeveloped eggs or eggs that do not finish developing. Only two of the seven eggs contained healthy offspring. One egg stopped developing close to the hatch date, as the snake was almost fully formed but had not completed color developememt. A third live snake hatched, but never shed and never took a meal. It was opted to humanely euthanize due to failure to thrive and a poor prognosis for the future.

The two that remain are eating and growing like normal snakes. Here they are! (The dam is also pictured) 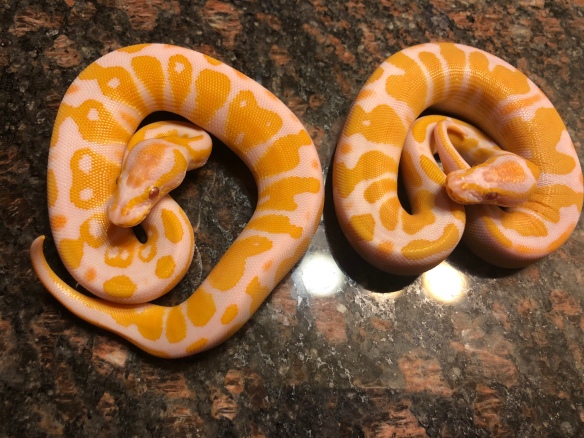 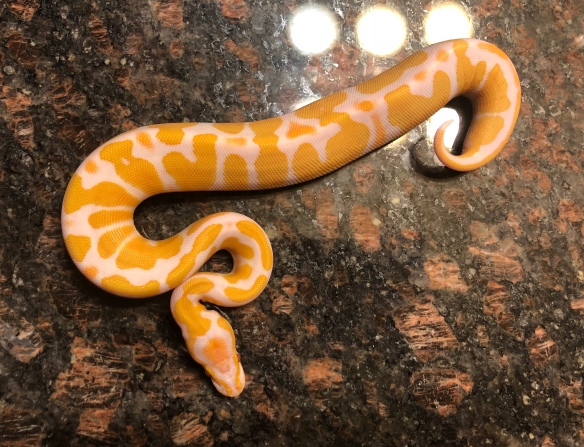 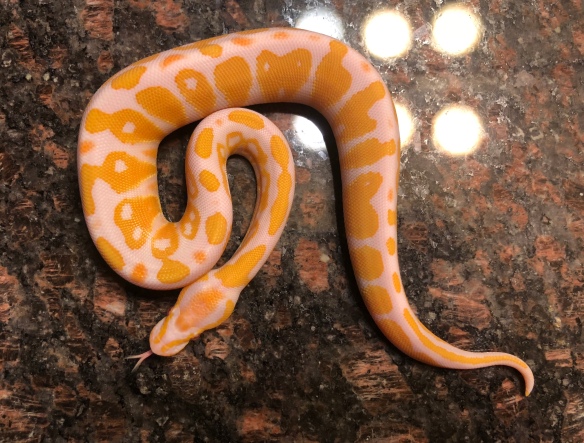 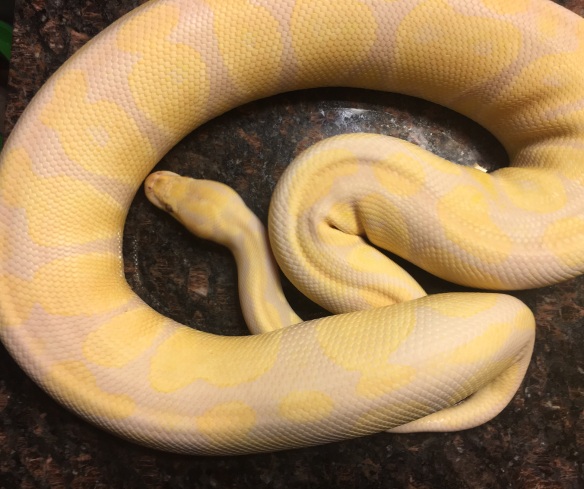